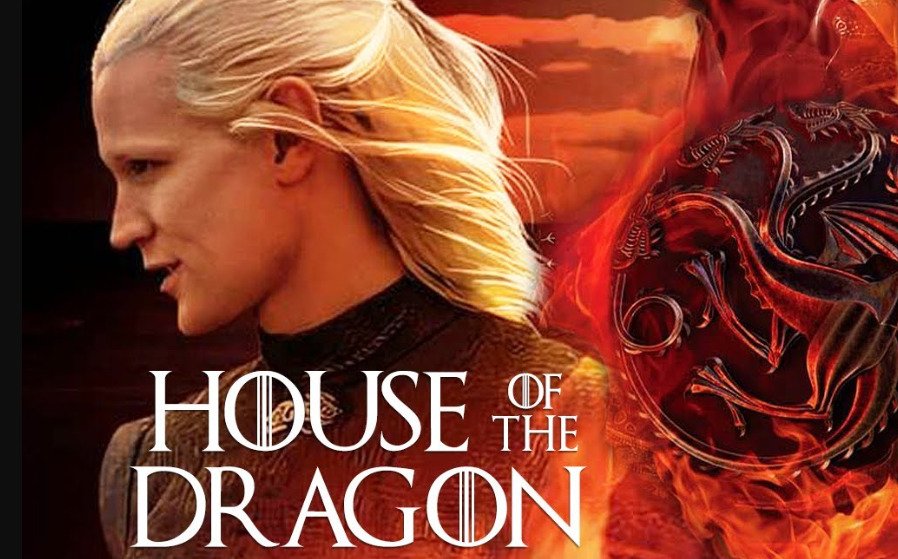 Welcome back to Westeros! It’s been three years since we last stepped into the fantasy world. Now we’re going back nearly 200 years to meet a new cast of characters from the older generation of “Game of Thrones” history. This time, instead of a sprawling story across different families and cities, “House of the Dragon” mostly focuses on the Targaryen royal family in King’s Landing.

The spinoff sets the scene by showing us how King Viserys Targaryen (Paddy Considine) rose to power. Years ago, the council had to decide whether Viserys or his cousin Rhaenys (Eve Best) would succeed his grandfather. They chose Viserys because there had never been a woman in charge before (foreshadowing!).

Now jump forward a few years to Viserys’ reign as king: he’s stressed out about having no male heirs to take over the Iron Throne. He has one daughter, Princess Rhaenyra (played as a teenager by Milly Alcock), but she much prefers riding dragons to ruling nations. Also, her best friend is Alicent Hightower (played as a teenager by Emily Carey), who is the daughter of Otto Hightower (Rhys Ifans), the Hand of King Viserys.

While we’re at it, let’s meet the other major players in Viserys’ council: Lord Corlys Velaryon (Steve Toussaint), who is married to Viserys’ cousin Rhaenys, and Daemon Targaryen (Matt Smith), Viserys’ troublemaking younger brother. he rides dragons, leads the city patrol and kills criminals in the streets. Rounding out the Targaryen family is Queen Aemma Arryn (Sian Brooke), Viserys’ wife, who is pregnant with what she hopes will be a male heir. If Viserys doesn’t have a son, then Daemon is next in line for the Iron Throne, and Viserys and Otto Hightower don’t want that to happen.

To celebrate the impending birth of his child, Viserys plans a jousting tournament with all the wildest knights in Westeros, including a pair of Baratheons, an elite Dornish knight, Otto Hightower’s son, and a Daemon in impressive armor. As the knights hack each other to bloody pieces, much to the delight of the citizens of King’s Landing in the crowd, Queen Aemma goes into labor. However, there are certain complications with childbirth. The Grand Master gives Viserys an impossible choice: sacrifice one or lose both.

Desperate for a male heir, Viserys tells the masters to operate on Aemma and remove the child. The result is the world’s most gruesome medieval caesarean section, which kills Aemma but saves the baby—and it’s a boy. However, the child is sick. Things don’t look too bright for Viserys’ heir when the council learns of the birth.

The next thing we see is the graveside with Aemma’s corpse… and beside her is the lifeless body of her newborn son. The funeral service is awkward enough, Rhaenyra says she hopes her father found happiness in the few hours he had a son. He then tells his dragon Dracarys his mother’s body and now it’s time to find out the line of succession.

‘House of the Dragon’

Daemon is the presumptive heir to the Iron Throne because he’s Viserys’ younger brother, but he’s not exactly royal material. Rhaenyra is another option, but is Westeros ready for a queen? And let’s not forget Rhaenys, “the queen that never was.” She and Lord Corlys Velaryon seem to be up to something. Also, are the Hightowers plotting some villainous plot for the throne?

Meanwhile, Daemon is at the brothel and tells about Viserys and his dead son who was “heir for a day”. His temerity gets back to Otto Hightower, who tells Viserys, who is understandably not happy. Viserys orders Daemon to leave King’s Landing, but not before Daemon insults his older brother and Otto Hightower. Viserys also accidentally cuts himself on the Iron Throne, and the wounds look pretty rough – but that’s the least of his worries right now.

Daemon flies off on a dragon with Mysaria (Sonoya Mizuno), a former prostitute and now his most trusted confidant. Back in King’s Landing, Viserys tells Rhaenyra that he wants her to be his heir. He also named their ancestor Aegon Targaryen, the coming Long Winter that may ruin Westeros, and “a song of ice and fire,” which is basically the entire plot of “Game of Thrones.” After officially naming Rhaenyra as next in line to the Iron Throne, the council and other lords of Westeros pledge their allegiance to her and Viserys. It should be a happy moment for Rhaenyra, but she looks pretty confused by the whole thing and probably just wants to fly away on her dragon.

Nothing bad ever happens in Westeros, so Rhaenyra and her family are sure to have a smooth transition of power. No hard feelings, Daemon!