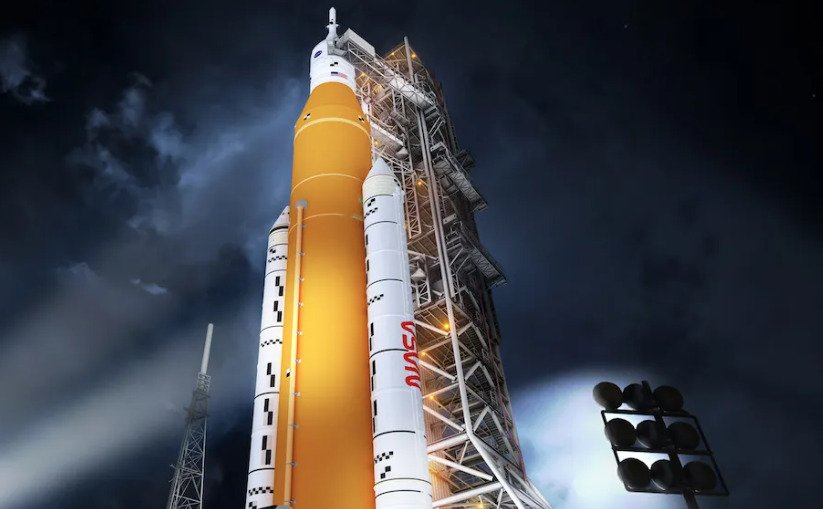 NASA is preparing its second attempt to launch its Artemis 1 mission to the moon: NASA workers are once again preparing the agency’s new moon rocket for its first test flight, and if all goes well, the rocket will blast off during the two-hour launch window that begins at 2:17 p.m. Eastern on Saturday.

“We’re going to show up and try and do our best,” Mike Sarafin, NASA’s Artemis mission manager, said during a news conference at the Kennedy Space Center in Florida, where the 32-story rocket with a crew on top is waiting on the launch pad.

NASA’s first attempt to launch this rocket had to be halted Monday morning after a sensor showed that one of the rocket’s four engines did not seem to be cooling down to the proper temperature of about minus-420 degrees Fahrenheit.

After studying the problem and troubleshooting, officials said it was clear the engine was in fact fine and the sensor was giving false temperature readings. “We know we had a bad sensor,” said John Honeycutt, program manager for the rocket at NASA’s Marshall Space Flight Center in Huntsville, Ala.

It’s been nearly 50 years since the space agency last launched a vehicle designed to carry humans to the moon. NASA named its new moon program Artemis after the twin of the Greek god Apollo and pledged to put the first woman and the first person of color on the lunar surface.

No astronauts will be aboard the Artemis rocket during its long-awaited first mission, but the flight will be a critical test of how NASA’s new vehicle will perform in space and during its fiery return to Earth.

The weather forecast for this launch window appears to be favorable, with a 60% chance that conditions will be suitable for launch. “The weather basically looks good,” said Meteorological Officer Melody Lovin of Space Launch Delta 45. “I don’t expect the weather to be a show stopper.”

But if weather prevents the rocket from flying, NASA may try again on Monday.

Once that rocket successfully lifts off, it will send a crew capsule called Orion on a journey into lunar orbit that will come within about 60 miles of the lunar surface. After more than five weeks, she will return home and dive into the Pacific Ocean on October 11.

The next flight of that rocket will carry humans, but it’s not scheduled until 2024. The agency is aiming for a moon landing in 2025 — though most space watchers expect a delay because that rocket is already years behind schedule. Congress wanted it to fly in 2016, just five years after NASA retired its aging space shuttle fleet.

Critics say the Artemis program will be too expensive to sustain if NASA depends on this rocket and capsule, which come with a hefty price tag. NASA’s inspector general said each of the first flights will cost more than $4 billion, and that doesn’t include billions of dollars in development.

Meanwhile, private company SpaceX, which currently transports astronauts to the International Space Station for NASA, is developing its own mega-rocket and space vehicle called Starship. The rocket is expected to make its maiden flight soon and is designed to be reusable and cheap. NASA has already said it will rely on SpaceX to develop Starship as a lunar lander to get its astronauts from lunar orbit down to the surface.