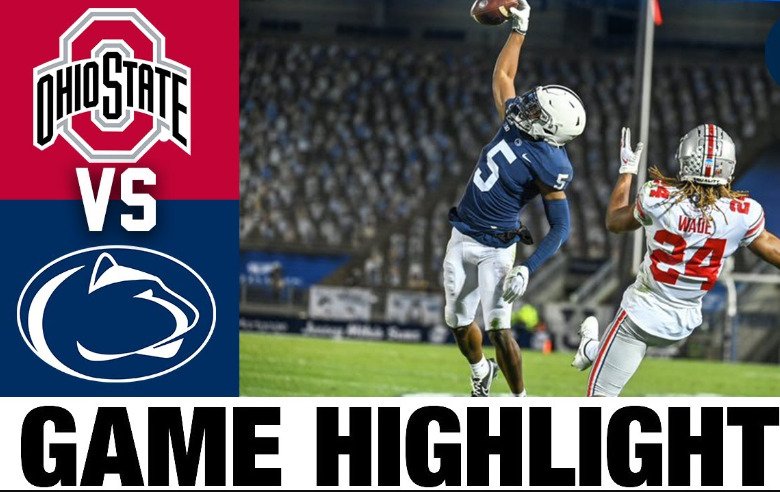 And the game was sealed by the Buckeyes punting the ball to a running back not named Terbillon Henderson.
There are many angles where new names can become champions and defenses can become strengths.

Five things I learned from this game:

It’s clear who Ohio State’s offensive MVP is, and it’s not C.J. Stroud

Wide receiver Jaxon Smith-Njigba was injured early in the game, and once he was limited, Ohio State’s offense lost its way. When he finally limped out of the game one last time, the passing offense fell apart. Stroud put together two good moves to win, but this wasn’t the strong attack everyone expected.

Smith-Njigba’s value was clear to all. The players in “the best receiving room in the country,” as they call themselves, are just fine without him. With easy games coming up, look for Smith-Njigba to heal and the explosive offense to return in a few weeks.

That was a bit of a turnaround for the defense

In January’s Fiesta Bowl, Notre Dame scored 35 points and rushed for 551 yards against Jim Knowles’ Oklahoma State defense. Sure, Knowles wasn’t there, but it was his creation that was torn apart.

The Buckeyes shut out the Irish in the second half, holding them to 76 rushing yards on Saturday, with Knowles in attendance for his first Ohio State shooting. Linebacker Tommy Reichenberg looked fast and physical. Fellow linebackers Steele Chambers and Cody Simon were fast and tough. Security measures were aggressive. Schemes alternated between four-man and three-man fronts, with Jack Sawyer moving around and causing some confusion. Ohio State’s defense didn’t look like last year’s.

Who is 51? That’s what many viewers were wondering when defensive tackle Michael Hall Jr. dominated Notre Dame’s outstanding offensive line. Hall, a 6-foot-2, 290-pound sophomore from Streetsboro, had two tackles last season. On Saturday, he had four tackles, including a sack, three solo and two tackles for loss. It couldn’t be blocked.

We should have known something was coming when offensive coordinator Kevin Wilson asked about the Buckeyes’ defense in awe: “I always laugh when Mike Hall goes in there as a (third-teamer). I mean come on dude. Jeez, that’s as good a three as I’ve ever seen in my life. There aren’t three.” After Saturday, chances are there is one now.

They were called soft. Finesse. Overrated. And for most of the game, the Buckeyes’ offensive line looked truly overmatched.

But with the game on the line, the bigs finally started to move Notre Dame’s defenders and bowled running back Miyan Williams. Maybe it finally got into the rhythm of the run and the game – what happened to the run establishment? − and they knew that they were not always in passive protection.

But the game was won on a clutch layup. This is something new. It was hard.

“We want to be known as something other than talented,” coach Ryan Day said.

The question throughout the offseason was which receiver was going to step up the pressure and relieve Smith-Njigba. Would it be Julian Fleming, Marvin Harrison Jr., Emeka Egbuka or Jayden Ballard? (Or now, Xavier Johnson, prompting the question they ask everywhere: “Who’s 10?”)

That question was answered definitively as Egbuka caught nine passes for 90 yards and a touchdown. He looked like last year’s version of Smith-Njigba. It was fast, sure and electric. And now that he can stop letting punters throw the ball over his head…

This Article Originally Appeared In – dispatch.com