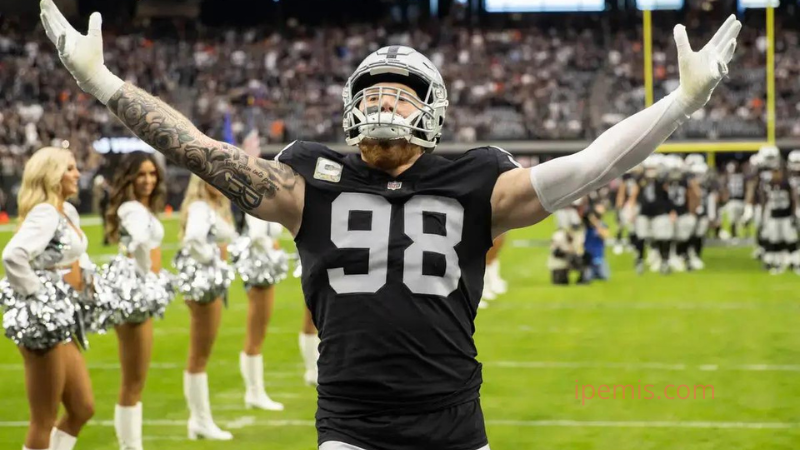 Raiders QB released as top 100 player of 2022: Las Vegas Raiders quarterback Derek Carr has once again earned the respect of his peers on this year’s Top 100 list.

Las Vegas Raiders quarterback Derek Carr was announced as a member of the NFL’s Top 100 Players of 2022. The announcement came during halftime of the Raiders’ home preseason opener against the Minnesota Vikings on Sunday.

After missing the past three seasons, Carr is back at No. 65 on the NFL’s Top 100 Players of 2022 list, a tradition for the past 12 years. The Top 100 Players list is voted on by current NFL players before each season.

Carr’s return marks the fourth time he has appeared on the list in his eight-year career with the Raiders. In 2016, Carr cracked the list as the No. 100 player. In his second appearance in 2017, Carr was listed at No. 11, a career-high ranking. His last appearance was back in 2018, when he was revealed at number 60.

Last season, Carr had a career-high 4,804 yards passing, 23 touchdowns and 14 interceptions for a receiving group that was far from consistent. Returning to the lineup this season will be his reliable wide receiver, Hunter Renfrow, along with a healthy Darren Waller and All-Pro wide receiver and former college teammate Davante Adams.

The first half of the list (numbers 100-51) appeared at the conclusion of the Vikings-Raiders game on NFL Network.

The countdown to the top 100 players remaining in 2022 continues the next three Sundays on NFL Network.

Carr won’t be the only player to appear on the list this year, as playmakers on both sides of the ball were lauded for their standout performances a year ago.

Today begins the annual countdown of the NFL’s greatest players.

On Sunday evening, NFL Network released the first half of its Top 100 Players of 2022 list – voted on by current players. However, the league did give a sneak peek by releasing the QB1 ranks at halftime of the Raiders QB -Vikings preseason game.

Derek Carr comes in at No. 65, returning to the list for the fourth time in his career.